Disneyland Paris turns 30: all the ways to celebrate in 2022 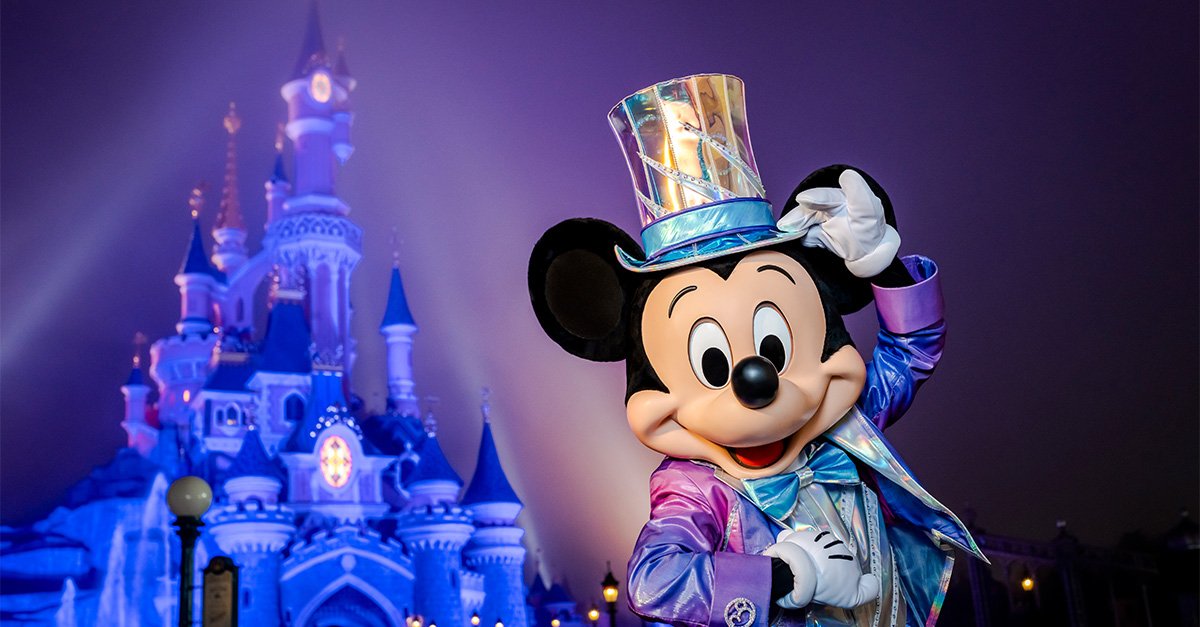 Europe’s most popular theme park is marking its 30th year in style, with a whole host of parades, new rides and character costumes

With new shows, new dishes and loads of new attractions – Disneyland Paris kicked off its 30th anniversary celebrations in style this month. As Europe’s most popular theme park embarks on a new era of sustainability and creativity, here’s what to expect.

Due to the French travel ban at the end of 2021, most UK travellers won’t have seen the freshly renovated Sleeping Beauty Castle yet. Several new shows have been created to help show off the park’s pièce de résistance after 12 months of painstaking refurbishments. At Central Plaza, at the base of the castle, there are multiple performances of a new daytime show, Dream… and Shine Brighter!

More than 30 of the most popular Disney characters will take to the stage in iridescent costumes that were designed specially for the anniversary celebrations, accompanied by the irresistibly catchy soundtrack, Un Monde Qui S’Illumine (A World That Lights Up). Disney Illuminations, featuring light projections, music and fireworks around the castle, has also returned.

But for a limited time, and weather permitting, there’s also a new pre-show called Disney D-Light. A swarm of drones will whizz their way around the castle, in sync with pre-programmed lights and music, before creating a ‘30’ in the sky. It’s the first time the technology has been used in any Disney park and the results are truly spectacular.

For those who love a good selfie, a new Gardens of Wonder installation has been created near the base of the castle. There are 10 themed gardens featuring 30 of the most popular heroes, princesses and villains from Disney and Pixar.

Unlike previous installations, all of the hand-built artworks have moving elements that help bring the characters to life. Marvel fans will want to wait until the summer, though, when the hotly anticipated Avengers Campus finally opens inside Walt Disney Studios Park.

The two main attractions are the 360-degree experience dedicated to Spider-Man and a “hyper-frenetic” ride featuring Iron Man; Disney has so far revealed very few details about what these will look like. One thing you can be sure of, though, is that this will be very popular.

More than 60 new food and drink items have been created for the celebrations, ranging from ice cream and cakes to cocktails and smoothies.

A swarm of drones will whizz their way around the castle

Even more special are the creations made for the table-service restaurants. One of the highlights is Le Bouquet Final, a white chocolate and strawberry cake that’s hidden under a dome. For the most comprehensive selection of sweet treats, head to Victoria’s Home-Style Restaurant on Main Street USA. And for guests staying in Disney hotels, there’s a special anniversary cocktail waiting at the bar.

More than 350 items, which were developed over 18 months, have been created to celebrate the landmark anniversary. Guests will find everything from clothes to toys and items for the home. The iconic Mickey and Minnie Mouse ears have been given a makeover and are available in glittery blue, and black and gold.

There is also a ‘double dangler’ Pandora charm, 30th Boden glass and travel mug and a 3D 72-piece spherical puzzle. The park has also announced a collaboration with Stella McCartney. The British designer has created Minnie’s first-ever trouser suit as well as a new limited-edition T-shirt to celebrate International Women’s Day.

The 30th anniversary will be marked by “transformation, limitless creativity and new technology” and as part of this new era, Disneyland Paris has renewed its sustainability pledges. This includes reducing the resort’s environmental impact, enriching its biodiversity and inspiring guests and employees to take positive climate action.

In terms of the guest experience, this means replacing plastic straws and stirrers with 100% biodegradable ones, the installation of eco-pumps for shampoo and shower gel to reduce the number of plastic bottles in its hotels, using LED lights to reduce energy consumption and employing hybrid vehicles to cut greenhouse gas emissions.

Behind the scenes, there’s a concerted effort to increase the number of green spaces at the resort. There’s a garden that produces some of the fruits and vegetables used by the restaurants while animals, brought in as part of Disneyland’s biodiversity programme, reduce the need for human intervention.

Sheep and hens graze hard-to-reach areas and bees help pollinate the plants in the resort. Welcome to the all grown-up, more-sustainable – and creative as ever – Disneyland Paris of 2022.

A two-night stay at Disneyland Paris costs from £172 per person, including accommodation at Hotel Santa Fe and three days’ access to the parks, departing on September 28.
b2bportal.disneylandparis.com/login

Things to do in Orlando with kids in 2022
UK hotels, attractions and tours: what’s the latest?