Disney Dream to debut in Europe next year 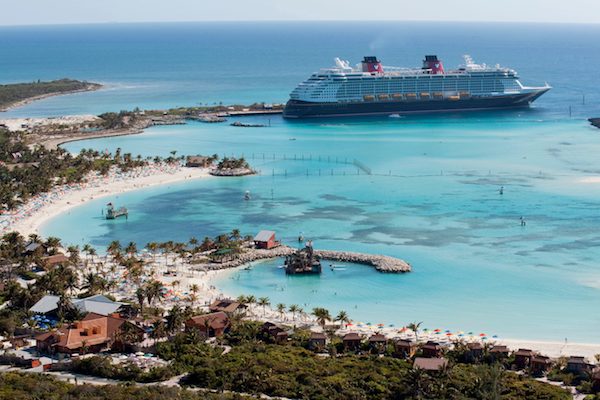 Disney Cruise Line will deploy Disney Dream in Europe for the first time next year.

The 4,000-passenger vessel will operate sailings lasting from four to 11 nights from various European cities, including six departures from Southampton.

Disney Dream (pictured) will offer a seven-night round-UK itinerary departing Southampton on September 10, with ports of call including Belfast, Greenock, Liverpool, and Portland.

Ports of call include Cherbourg; Reykjavik and Isafjordur, both Iceland; and Alesund, Norway.

Prices for a four-night round-trip Spain or France cruise from Southampton on Disney Dream start from £851. The itinerary includes calls into Bilbao or La Rochelle.

Disney Dream will also offer cruises from Barcelona and Rome, including a seven-night Greek Isles sailing with stop-offs in Santorini and Mykonos.

Disney Wonder will operate five, seven and nine-night Alaska sailings from Vancouver from May 2023. Ports of call include Ketchikan and Skagway.

Three ships in Disney’s fleet will offer sailings in the Bahamas or the Caribbean next summer. Disney Wishes will homeport in Port Canaveral for a series of three and four-night Bahamas cruises to Nassau and Disney’s private island Castaway Cay.

Disney Fantasy will sail five to 10-night itineraries from Port Canaveral. A five-night Bahamian sailing in the programme has back-to-back calls at Castaway Cay.

Disney Magic will homeport in Miami next summer for a mix of itineraries, starting on May 27. It will sail either four-night Bahamas cruises and five-night western Caribbean voyages, followed by two seven-night sailings in July to the eastern and western Caribbean.

Bookings open on May 9.