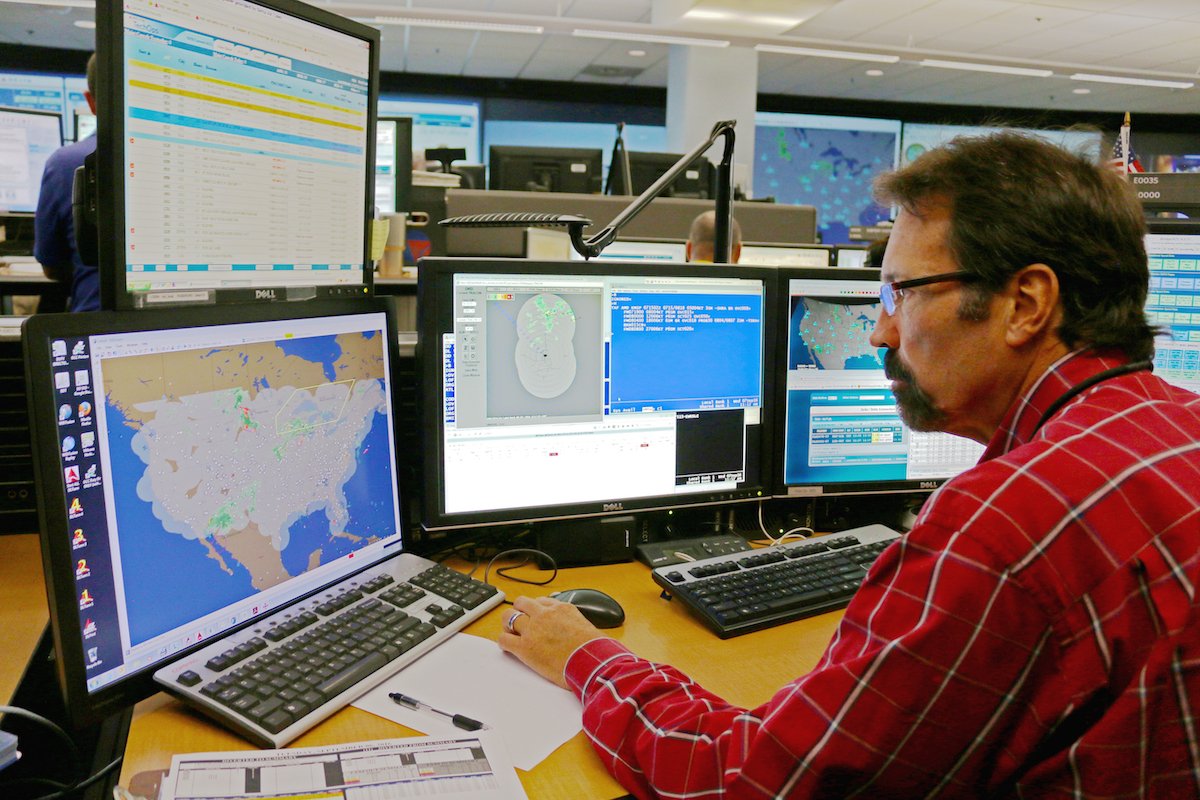 Delta Air Lines CEO Ed Bastian made a call to action for more funding and investment in the U.S. air traffic control system after an outage Wednesday disrupted more than 11,000 flights across the country.

“It’s very clear that there has to be a call to action amongst our political leaders, the Congress and the White House, to fund and properly provide the FAA the resources they need to do the job,” Bastian said during the Atlanta-based carrier’s fourth-quarter results call on Friday.

The flight disruptions occurred after a corrupted file forced an overnight reboot of the U.S. Federal Aviation Administration’s Notice to Air Missions, or NOTAM, system that communicates safety notices to pilots. The system is reportedly 30 years old. The regulator instituted a nationwide ground stop for all departing flights at 7 a.m. EST on Wednesday when it could not confirm that messages were being relayed to crews. The ground stop was lifted by 9 a.m EST but not before flight delays and cancellations had rippled across the country.

Delta and its affiliates delayed at least 1,585 flights and cancelled another 94 flights on Wednesday, data from flight tracking website FlightAware show.

The FAA outage came less than two weeks after technology was cited as the main cause of a meltdown at Southwest Airlines over the Christmas and New Year holidays. That event, while triggered by bad weather, resulted in the cancellation of more than 16,700 flights and cost Southwest as much as $825 million in the fourth quarter.

Calls to modernize the U.S. air traffic control system are not new. The FAA unveiled a plan, dubbed NextGen, to upgrade the system with modern technology in the mid-2000s. However, limited funding from Congress, as well as competing proposals including ones to privatize air traffic control in the U.S., have hamstrung the program that is now targeted for completion around 2030. The FAA budget is subject to renewal every five years during what is known as reauthorization; the next reauthorization is due this year.

Leaders in Congress, however, have used the outage to call for more accountability at the FAA and DOT — rather than more funding. Criticisms include ones of President Biden’s nominee to lead the FAA, Denver Airport chief Phil Washington, who is seen by some as having too little aviation experience for the job.

Bastian, while not commenting on Washington’s nomination, was clear of the benefits he sees from additional funding for the FAA: “There’s no question that the investment in a modernized air traffic control system will drive a tremendous amount of efficiencies as well as growth, which will mean better service for the American public.”

The travel recovery remains strong, Bastian said reiterating Delta’s view from a December investor event. He mentioned a persistent multi-billion-dollar gap between the historic level of economic activity spent on air travel and what is being spent today, adding he has “never seen a more constructive backdrop” for airline financials as he does in 2023.

A big part of that is the return of business travelers. This, however, appears to be flatlining at around 80 percent of 2019 levels given the uncertain economic outlook. Delta President Glen Hauenstein said that, while 96 percent of the airline’s corporate clients say they plan to spend more on travel this quarter than during the last, the carrier is taking a cautious view and holding corporate booking expectations at 80 percent of the mark from four years ago.

But even if the corporate recovery holds steady, Delta sees travel demand continuing to outstrip supply this year. Supply, particularly airline capacity, will be constrained by continued staffing issues as well as supply chain backlogs, particularly of parts and new aircraft. At Delta, the airline expects a backlog of pilot training to remain until summer, and staffing shortages to keep regional capacity down by as much as a third from 2019 levels until the end of the year.

Delta aims to fully restore capacity to 2019 levels by summer despite the constraints. This is largely possible through aircraft deliveries and purchases, like the new Airbus A220 and used Boeing 737-900ER, that are larger than the ones they replace. And in some markets, for example to Europe, the airline plans to fly 8 percent more capacity this summer than it did four years ago.

Strong demand and limited supply are great for revenues. Delta expects its headline number to be up 14-17 percent compared to 2019 — to as much as $12.3 billion — in the first quarter. Unit revenues, which airlines measure with revenue per available seat mile and represents a rough proxy for airfares, are forecast increase 15-17 percent year-over-four-years.

“I believe our industry will see tens of billions of dollars of incremental demand in the next few years coming out of the pandemic,” Bastian said.

Delta is taking a cautious approach to resuming flights to China. Hauenstein said repeatedly that the airline will only resume flights to the country as demand warrants. China dropped entry restrictions and quarantine rules with little notice on January 8. The move came so suddenly though that many Covid-era flight rules have yet to be removed; this includes what U.S. and Chinese airlines can operate between the two countries.

“We expect to rebuild capacity in line with demand starting later this year,” Hauenstein said on China, adding that the airline would not “get ahead of itself” resuming flights.

Delta was the second largest U.S. carrier to China prior to the pandemic with up to six daily flights to Beijing and Shanghai from Atlanta, Detroit, Los Angeles, and Seattle, according to Diio by Cirium schedules. It also has a strategic partnership with China Eastern Airlines.

But while China remains a question mark, Delta is bullish about much the rest of its international network. Capacity to Australia and South Korea is fully recovered, while Japan is at roughly 75 percent of four years ago. Latin America is near 2019 levels, and set to rise further this year under the carrier’s new joint venture with Latam Airlines. And Delta will fly more to Europe this summer than it did last year, including new routes to Geneva and Nice.

Delta reported a $1.47 billion operating profit on $13.4 billion in revenues in the fourth quarter. Its net result was $828 million. The carrier continued to see spending on premium travel — a 2022 Skift Megatrend — increase faster than that of economy travel with revenues for the segments up 13 percent and 4 percent, respectively, in the final quarter of 2022. Delta’s passenger traffic was down 10 percent from four years earlier on a nine percent drop in capacity.

The airline saw an “uptick” in bookings during Southwest’s meltdown in December, Hauenstein said. This has continued in markets where the two airlines are “highly competitive” into January but, he added, the carrier expects this to dissipate as the year continues.

Looking forward, a new agreement with Delta’s pilots is forecast to increase costs by as much as three percentage points. Unit costs, measured by cost per available seat mile, excluding fuel are forecast to increase 3-4 percent year-over-year in the first quarter; this represents a roughly 23-25 percent jump from 2019.