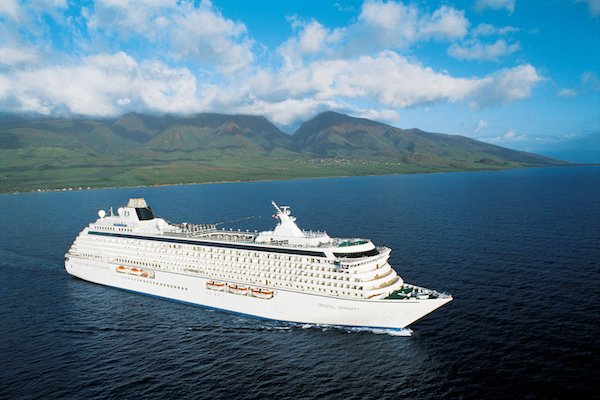 Two Crystal Cruises ocean ships have reportedly been officially put up for sale with an auction scheduled next month.

The Supreme Court Commercial Division in the Commonwealth of the Bahamas published the official notice of sale for Crystal Symphony and Crystal Serenity, according to the Maritime Executive.

The website reports that inspections of the vessels are ongoing and bids are due with the court by June 7. The winning bidder, if one is selected, will be notified a week later on June 14.

All bids must be submitted with a 10% deposit.

The successful bidder will have a further seven days to complete the acquisition and take possession of the ships.

Both vessels have remained in Freeport, Bahamas, since the cruise line ceased operations earlier this year.

V.Ships took over the management of the ships within Crystal’s portfolio earlier this year. Travel Weekly has contacted the firm for comment.

Former Silversea Cruises owner, Manfredi Lefebvre d’Ovidio, has made two “fully-funded” bids to acquire the luxury line including one before the brand went into liquidation.

Expedition vessel Crystal Endeavor, which can carry up to 200 passengers, remains docked in Gibraltar, according to tracking website Marine Traffic.