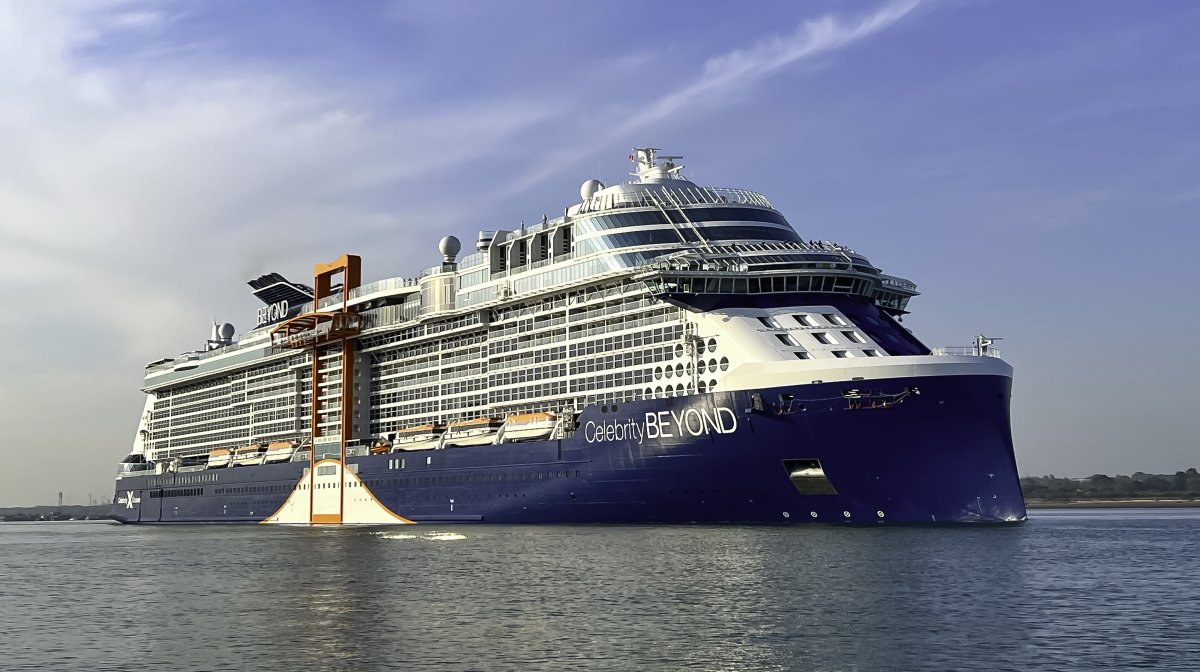 Celebrity Cruises’ UK boss is hopeful an Edge-series ship will homeport in Southampton in the future, but admitted no time frame had been confirmed as this year’s trade ship visit programme was outlined.

Speaking on Celebrity Beyond’s trade shakedown sailing from Southampton on April 24, Jo Rzymowska told agents and media on board to “watch this space” when asked about future UK deployment.

“We plan our deployment about two to three years out, hence why we look at different options based on consumer insights and where the consumers are wanting to travel to and from,” she said.

More: Celebrity Beyond arrives in Southampton ahead of maiden voyage

“Between Celebrity Silhouette and Celebrity Eclipse, we’re starting our 11th season out of the UK and it’s looking to be a very good season again.

“As we look to invest and build more ships, we very much hope that one of the new ships will be based out of Southampton but timing wise I cannot give you that because we’re not there yet ourselves.”

She confirmed the UK was the line’s number one international market.

President and chief executive Lisa Lutoff-Perlo added: “We have a couple more of these [Edge-series ships] coming so we’ll see. We never say never.”

Asked how Celebrity Ascent, the next Edge-series vessel to enter service late next year, would differ from its sister vessels, she confirmed there would be “tweaks” rather than wholesale changes.

“Structurally, this [on Beyond] is going to be the layout on Ascent,” she said. “The key areas of differentiation are the Grand Plaza and the Martini Bar is the full circular again. That was consumer insight from guest feedback.”

Celebrity Beyond has an extra 179 cabins, including 22 more suites, compared with Edge and Apex.

Rzymowska said float pools had been added to the Sunset Bar in the extended Rooftop Garden, which now has a wind-proof barrier to protect the ship’s al fresco diners from the elements.

“The al fresco dining is really popular on these ships,” she said. “So many of the restaurants have got outdoor space.

“The whole concept of the Edge-series ships is to be outward facing. That remains key.”

Claire Stirrup, Celebrity Cruises’ UK and Ireland director of sales, said she was currently confirming dates when agents could visit Silhouette and the line’s European-based Edge-series vessels this year.

“We’re hoping as we go through the coming months to do some ship visits on Silhouette and we’ll do a handful to Europe for people who have not been able to join us,” she said.

“We’ll do day visits out to see Beyond, Edge or Apex.”

She confirmed that a series of Seminar at Sea sailings were also being planned. “We had not restarted Seminars since pre-Covid,” she added.

“We want to be able to give people confidence to sell cruise. We know that once you get on one of our ships and you can touch and feel it, you will completely understand.”