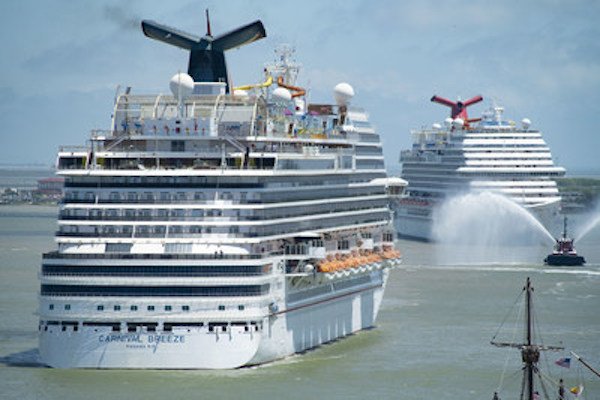 Institutional Shareholder Services (ISS), a provider of corporate governance and responsible investment solutions, has recommended that investors vote against it at Friday’s annual meeting.

A Carnival spokesman insisted that the figures in its market filings “do not represent what our CEO actually received in any given year”, saying that grants declared in 2021 would not pay out for two years and “can be reduced or forfeited altogether based on company performance and results”.

“Annually, by design, 87% of Arnold Donald’s annual compensation is ‘at-risk’, aligned with the company’s performance and shareholder return.”

Carnival Corporation, parent of brands such as Cunard, P&O Cruises and Princess Cruises, is listed on the New York and London stock exchanges.

Dividends were suspended in 2020 after the pandemic caused a collapse in its share price as all cruises were paused. A net loss of $9.5 billion was reported for last year. Donald took a cut to is $1.5 million salary during the pandemic.

A return to profit is expected in the second half of 2022 following two years of losses due to the pandemic.

The company’s 2021 annual report said it achieved “important milestones” during its return to service and broadened a commitment to Environmental, Social and Governance (ESG) goals with the introduction of 2030 sustainability goals and 2050 aspirations.

In an outlook report issued on March 31, ISS global head of research Georgina Marshall, said: “We expect to see environmental and social issues continue to feature prominently at 2022 annual meetings, with voting increasingly viewed by a growing number of ESG-focused investors as a critical tool to manage risk or effect change at portfolio companies.

“Whether related to climate, diversity, or human capital management, these topics will likely share headlines this year with perennial front-and-centre governance issues, including executive pay and balance sheet activism.”