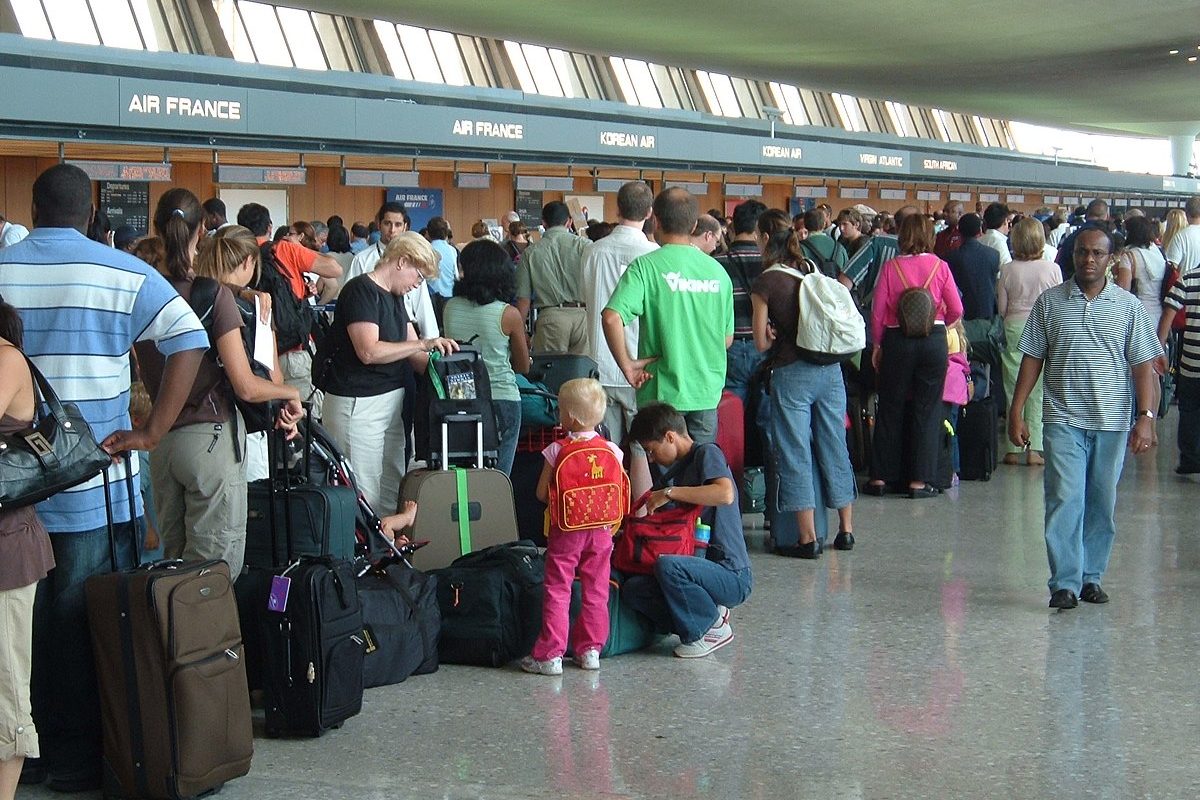 The staffing shortages plaguing the airline industry have contributed mightily to the delays and long lines at major airports. And the problems are expected to get worse, with summer travel projected to hit record levels worldwide.

As Canada’s busiest airport, in Toronto, grapples with unusually long lines, a global airline trade group has urged Canadian authorities to take action to curb the hours-long queues ahead of the upcoming summer travel season.

Airports from Canada to England are wrestling with long-lines and delays, as a staffing crunch combined with surging travel demand following a pandemic-induced slump raises fears of chaos in some regions ahead of the busy summer season.

In Canada, frustrated passengers have taken to social media in recent weeks to vent their anger, posting photos and videos of long lines at customs and security and piled-up baggage at Pearson International Airport in Toronto.

Those images are fueling further calls for relief, as travelers arrive early, or avoid the airport ahead of the long holiday weekend for Victoria Day on May 23.

On Friday morning, cars were backed up around 500 meters (0.5 km) to get to the airport’s Terminal 1 departures area, with hundreds of passengers inside waiting to reach the security checkpoints.

One traveler arriving from New Delhi said passengers were held on the plane for an additional 20 minutes at the gate due to lines at customs. Such delays have stranded some planes for hours.

“Passengers are expecting predictability and are paying a security fee to be efficiently processed,” said the International Air Transport Association’s (IATA) regional vice president for the Americas in a May 17 letter to three Canadian ministers.

“Unfortunately, during this past weekend passengers were held onboard aircraft, in some cases for more than 185 minutes, because of overcrowding in arrivals.”

The Greater Toronto Airports Authority (GTAA) expects an increase of almost 50% in international passengers at Pearson this summer.

Mark Weber, president of the Customs and Immigration Union, said the number of frontline customs officers at Canada’s three largest airports had been declining even before Covid-19, with the widened use of self-serve processing technology, creating line-ups in 2019 as traffic soared.

“It has slowly gotten worse and worse,” Weber said. “We had a little break during Covid but now that we’re out, it’s as bad as ever.”

The Office of the Minister of Transport Canada said in a statement that there are now approximately 400 new screening officers in different phases of their training across the country. Transport Canada has created a committee aimed at improving airport operations and reducing wait times.

“However, the convergence of flights arriving at the same time, sometimes because of early or late arrivals of flights, combined with the border health measures can increase the overall processing time,” the agency said by email.

On Friday, Swedish airport operator Swedavia warned on its website of long waiting times due to a shortage of staff at security checkpoints, impacting Stockholm’s largest airport, Arlanda. In late April, Amsterdam’s Schiphol airport asked airlines to cancel flights over the weekend to avoid chaos due to overcrowding.

While airports could cope when travel was low, now they cannot hire fast enough, said John Gradek, a faculty lecturer in aviation management at McGill University.

He said the time needed to process passengers has gone up due to health checks, despite such technologies.

“Unfortunately technology can’t answer all those questions,” he said. “It is still requiring eyeballs to do all this work.”

This article was written by Kyaw Soe Oo and Allison Lampert from Reuters and was legally licensed through the Industry Dive Content Marketplace. Please direct all licensing questions to [email protected].