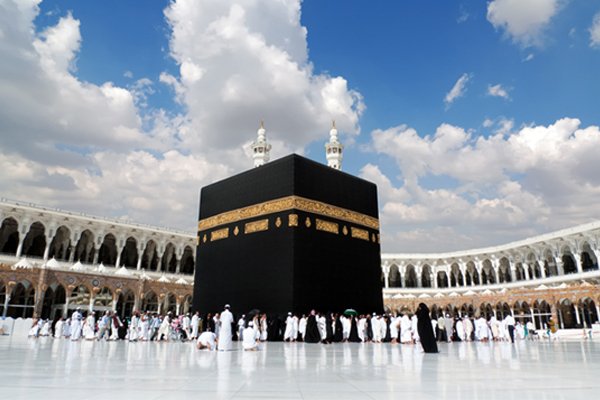 The Civil Aviation Authority has warned travellers looking to book Hajj or Umrah pilgrimages about the dangers of fake deals and unlicensed companies.

The regulator said there has been a surge in demand for pilgrimages to Mecca (pictured) following disruption amid the pandemic.

It warned that pilgrims have lost thousands of pounds in past years because of fake ‘pop-up’ travel deals that are either not licensed or do not exist.

A recent case in London saw an individual plead guilty for selling Hajj packages without an Atol, said the CAA.

Also, a Birmingham-based company was ordered to pay £43,000 for misleading customers by wrongly claiming it offered Atol protection.

Traditionally, about 25,000 British Muslims make the pilgrimage each year.

Anna Bowles, head of consumer enforcement at the CAA, said: “These trips have significant religious meaning, and we want to make sure consumers research who they are planning to book with and that financial protection is in place to avoid disappointment.

“We have seen people lose thousands of pounds in recent years because of scams and fake deals, and with a surge in travel to Mecca, it’s more than important than ever before for people to be vigilant.

“It’s also really important to check that your provider is Atol protected, despite any recommendation you may receive from friends or family.”

Rashid Mogradia, chief executive of CBHUK (Council of British Hajjis), added: “With demand for Hajj 2022 expected to be higher than actual supply, we strongly urge British Muslims intending to perform Hajj to book with a UK-based licensed Hajj organiser who is directly licensed by the Saudi Ministry of Hajj and who holds a valid Atol.

“The organiser should have their own visa quota and pilgrims should get written confirmation that the package they have purchased includes a Hajj visa.

“The organiser must issue their customers with an Atol certificate at the time of booking which will afford them the financial protection in the event the company goes bust.”