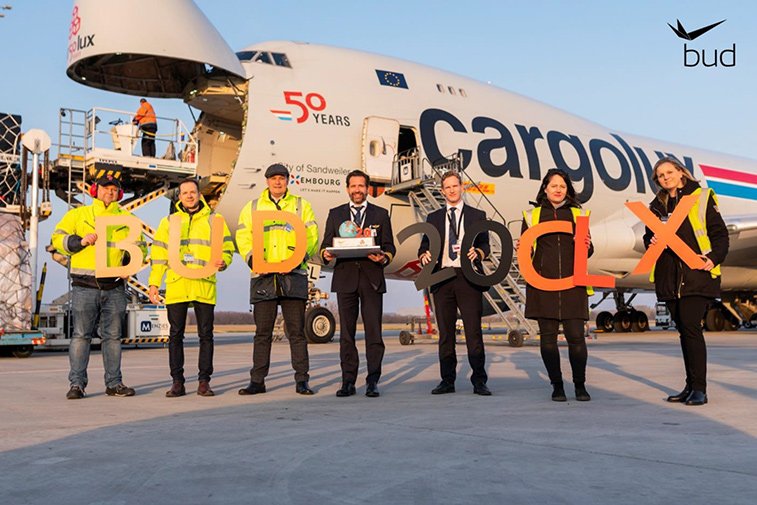 Budapest Airport has marked Cargolux’s 20th anniversary serving the Hungarian gateway – a significant milestone in the partnership between the airport and Europe’s largest all-cargo carrier. Since services began, the airline has operated more than 3,760 flights into Budapest, transporting electronics, pharmaceutical, and automotive freight, in addition to live animals.

The Luxembourg-based airline, which arrived for the first-time in Budapest on 2 April 2002, currently operates direct weekly routes from Hong Kong and Zhengzhou to Budapest. An important player in the innovation of the airport’s cargo history, Cargolux was not only the first-ever cargo carrier to enter Budapest but also the first airline to utilise the airport’s new Cargo City at the official inauguration ceremony in November 2019 – one of the most modern and efficient logistics bases in the aviation business, which has strengthened Budapest’s leading role in global air freight transport.

Maintaining uninterrupted operations for 20 years, the airport marked the anniversary of one of the undisputed leaders in air cargo in fitting celebration-style. Commenting at the ceremony, René Droese, Chief Development Officer, Budapest Airport, said: “Sustainable, long-term, and dynamic business development can be achieved only with strong and professional service provider partners in mutually beneficial and forward-looking cooperation like ours with Cargolux. We can say 20 years is a long period in any relationship, and we have proven ‘physical evidence’ that it works well.” Droese added: “We would like to thank Cargolux for continued great cooperation, for all its cargo flights and cargo tons in the last 20 years, and we warmly wish a minimum of another 20 years with the same, or even more, success at BUD!”

Domenico Ceci, Executive Vice President Sales & Marketing, Cargolux Airlines, said: “Cargolux’s 20-year presence in Budapest is a remarkable achievement both for the airline and the airport. As the first cargo carrier to operate into the Hungarian capital, we have witnessed the cargo sector’s strong development, a progress we are proud to be part of. I am confident that our long-standing relationship with our local partners will continue to expand and yield many more interesting developments.”

Following a record year in 2021 – handling 183,000 tons of cargo, a robust 35% growth – Budapest continues to develop its strategic role and position as an air cargo hub for a wide region. Having already recorded a 28% increase in cargo growth in February this year, and with the next steps of its world-class infrastructure expansion at BUD Cargo City in place, Budapest’s standing in air cargo remains dynamic and progressive.