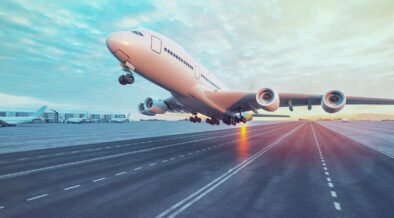 Airport charges, a much-debated topic between airport and airline industry bodies, have again come to the forefront as the industry rebuilds from the upheaval of the last few years.

ACI World strongly advocates for the shift from heavy-handed regulation, arguing that cost-based pricing should be supplemented by responding to market signals and the competitive landscape.

In other words, charges that reflect passenger and airline needs, while also addressing environmental impacts such as noise and pollution.

As a company that supports airports globally with operations and revenue management, we’ve seen first-hand the issues that can arise from a strictly cost-recovery-based approach.

One of the key problems is that it does not reflect recent significant changes in the industry, such as the commercialisation and privatisation of airlines and airports, new customer segments and the resulting need for varied airport services.

While the airport body continues to push for a modern policy framework on charges, there’s still plenty that operators can do today to get more from their aeronautical pricing and revenue management practices. And many already are.

Here are some examples of airports already reaping the benefits of creative pricing and incentives as a lever to improve their competitiveness, encourage more efficient use of capacity and reduce environmental impacts.

As operators look to restart routes and recover traffic, they must find new ways to attract carriers. The primary way airports can do this is by innovating aeronautical charges with new schemes and differentiated tariff structures. Some standouts in tariff creativity include:

Increasingly, infrastructure charges are being separated from terminal charges to allow airports to offer a range of services such as buses, airbridges, electricity or preconditioned air to attract both full service and low-cost airlines. For instance:

Beyond short to medium term recovery, likely to be centred on peak periods, airports also need to ensure they can adapt to maximise the use of their current infrastructure. One way is by using behavioural incentive schemes. For example:

Many airports are now encouraging airline customers to use new, quieter, and more environmentally friendly aircraft by adjusting charges to airlines based on environmental criteria. A study commissioned by the European Commission found that although 61% of European airports have already applied some sort of charging levers for noise, currently, only 20% do so for emissions.

Some airports can fall into the black box trap – when commercial teams don’t have full visibility into the impact of their schemes nor understand the back-office billing consequences.

For others, it’s the slow-to-cash malaise. Invoicing is delayed due to high-touch billing data preparation needs. Unbilled charges pile up through a lack of integrated operational data or overcomplex billing data preparation. Inaccurately applied discounts, particularly where multiple schemes are in play or numerous threshold criteria are required, lead to high adjustments and credits.

To make sure that they can get the most from pricing signals and optimise their financial outcomes, airport operators need to ask themselves:

Sharpening focus on flexibility and responsiveness

Airports that are the most flexible in using price signals are in the strongest position to encourage emissions reduction, optimise capacity and grow traffic. They are also the most able to quickly adapt if regulation, commercial priorities or market dynamics change.

My company, Veovo, fully supports ACI’s call to reconsider the use of strictly cost-based airport charges and heavy-handed regulation.

In the meantime, airports must act quickly and decisively now. Where airports can pull levers to support their commercial and infrastructure needs, specialised aeronautical revenue tools can help airports inject flexibility into pricing models while remaining within regulatory boundaries.

About the author
Patrick Mullin is a technical consultant at Veovo.