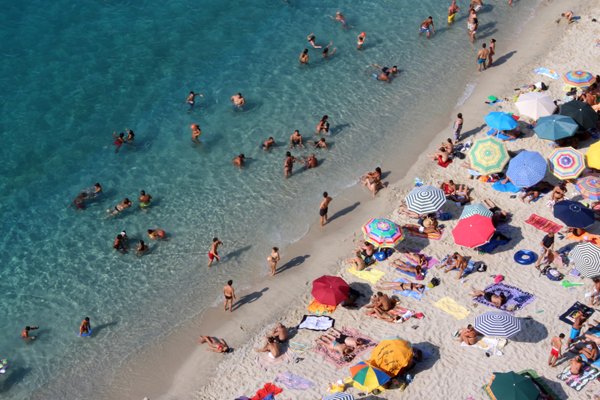 Barrhead Travel and easyJet holidays both recorded their highest-ever day of sales on ‘Sunshine Saturday’.

The bumper sales day also boosted sales for the first full week of January, which were up 52% on the same period in 2019. The reports on strong early January sales match reports from other agencies such as Hays Travel and Miles Morgan Travel.

The agency reported significant growth in cruise bookings, up by more than 200% for the same week compared with last year, and strong sales of mainstream and luxury cruise holidays, with departures out of Southampton and Miami in its top ten destinations.

For land-based trips, Tenerife, Majorca, Lanzarote and Alicante have proved the most popular.

The agency’s sales have been dominated by summer 2023 bookings, which accounted for more than 60% of holidays sold last week.

Nevertheless, late bookings have also held strong, with more than one in five new sales due to depart between now and April.

President Jacqueline Dobson said the amount of summer bookings demonstrated consumer confidence in the market as well as the desire to lock in a good price.

She said: “While we’d seen signs before Christmas that demand for January bookings would be strong, we’re thrilled that the first week of January trading has exceeded expectations. We are off to a phenomenal start which I believe is indicative of people’s desire to prioritise travel during 2023.

“Last year was a lates market for travel, but this year has returned a confidence of planning ahead. Most importantly, our customers are telling us they want to lock in prices now so they have certainty and to help with their holiday budgeting.”

Among the types of holidays being booked, Barrhead reported growing enquiries for all-inclusive and longer duration trips as customers budget and look at prioritising their main holiday.

More than a quarter of bookings so far this month have been for all-inclusive breaks.

EasyJet holidays also reported that Saturday was its best sales day since its launch in 2019, with all-inclusives proving popular.

The operator said Tenerife, Palma and Lanzarote were the most popular beach destinations booked, while Amsterdam, Paris and Iceland led city break bookings

Chief executive Garry Wilson said: “We know that as January sets in people like to book a holiday to look forward to, so we’re really excited to have seen our best sales day since we launched our business back in 2019.

“With the cost of living still very much at the top of the agenda, what we’re seeing is that people are still prioritising holidays. We expect demand will continue with great value playing a more key role than ever, so we’re absolutely committed to continuing to offer brilliant holidays at unbeatable prices.”

Dobson added: “Value-for-money is top priority and you can see this from the product that is currently booking. People are asking about all-inclusive and cruising where pricing is very attractive without compromising on experiences.

“Interestingly, longer durations already seem to be on the rise with ten nights or longer making up 45% of new bookings. I think what we are seeing is people, particularly families, taking longer holidays this year to both maximise budgets and spend more quality time with loved ones.

“For many, their staple holidays abroad are being prioritised, perhaps sacrificing the odd weekend away in favour of increasing duration and upgrading their main getaway.”