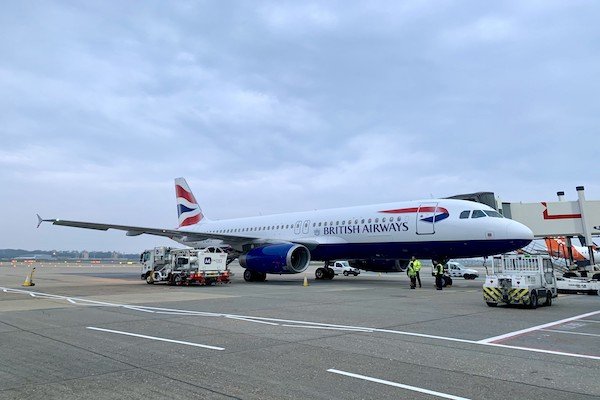 British Airways returned to Gatwick short-haul flying today (March 29), marking a return to the airport after a two-year Covid retrenchment.

Services will operate under the BA’s Air Operators Certificate (AOC), before moving operations to new branded subsidiary BA Euroflyer later in the year.

The new airline will operate in a similar manner to the company’s existing subsidiary BA Cityflyer, flying under the BA brand.

BA suspended its European operations at Gatwick due to the Covid-19 pandemic, moving a number of flights over to Heathrow.

The return will see short-haul flights to Larnaca, Amsterdam, Paphos and Tenerife operate today (Tuesday) as part of a network of 35 destinations, with more to be added later this year.

“I am really proud of what we have created at Gatwick, we have an excellent team with lots of new and exciting talent.

”I am looking forward in anticipation to see our newest subsidiary grow, adding new routes and providing customers with more options to get away on holiday with a premium British Airways service.”

All services will have a business class cabin, setting it apart from no-frills competitors such as easyJet and Wizz Air at Gatwick.

BA’s return of European short-haul flying from Gatwick came a day after the airline returned to its home at South Terminal following its reopening.

The new zone which sits alongside the airline’s Club World desks gives those travelling in its World Traveller Plus cabin (premium economy) exclusive check-in.

They will shortly be introduced at Heathrow, followed by the rest of the BA network.

• News of the resumption at Gatwick came as BA’s chief executive said the airline will have to cut service over next few weeks to avoid another meltdown that left thousands of passengers on planes or waiting for hours to be reunited with luggage.

Last weekend, almost 200 BA flights were disrupted, with passengers left queuing for more than an hour to check in their bags and others forced to return home without their luggage.

In February, more than 500 flights were cancelled or delayed after the airline suffered its biggest IT meltdown for years.

In an internal message to staff, Sean Doyle said passengers and employees are ‘fed up’ with the recent issues, which included IT issues and staff shortages, according to the Daily Mail.

A BA spokesperson told the Mail that airlines and airports are experiencing the same issues while rebuilding their operations while managing the continuing impact of Covid.

The vast majority of flights will operate as planned but “as a precaution” the airline has “slightly reduced” its schedule between now and the end of May, reported the newspaper.