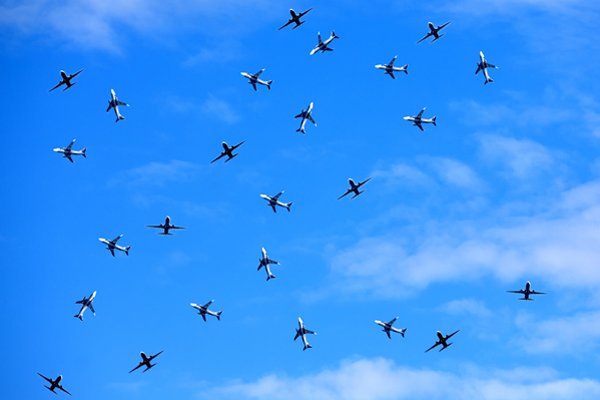 The recovery in air traffic last year showed “wide variation” across airlines, airports and countries, according to Eurocontrol.

Europe’s low-cost carriers led the recovery, operating 85% of their 2019 capacity overall but with Ryanair ending the year 9% up on its 2019 capacity and Wizz Air 14% up, whereas easyJet was 20% down.

The major network carriers brought back less capacity, ending the year at 75% overall. British Airways finished the year at 71% of 2019 capacity, as did Lufthansa, while Air France finished at 80% and KLM at 82%.

Europe’s leading airports “struggled to recover more than 83% of 2019 traffic”. Airports in holiday destinations fared better with traffic to Palma, Majorca, up 1% on 2019, as was traffic to Greece, while Portugal, Spain, Croatia and Turkey recorded air traffic between 91% and 97% of 2019 levels.

Heathrow traffic ended the year 20% down on 2019 compared with 24% at Gatwick. Paris Charles de Gaulle fared slightly better at 19%, as did Amsterdam Schiphol on 18% down, but Frankfurt was 26% down.

However, the UK with 1.7 million flights and Germany (1.5 million) still topped the rankings for total traffic. UK domestic air traffic remained 25% down on 2019, but private business aviation was 16% up.