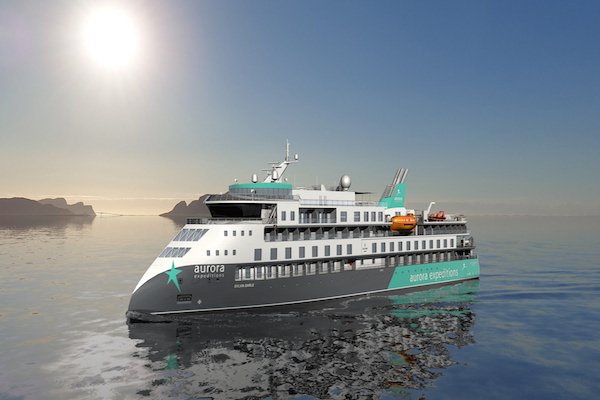 New Aurora Expeditions’ ship Sylvia Earle will make its debut in the south Atlantic in November as a “floating ambassador for conservation of the planet”.

The latest addition to the Australian adventure line’s fleet is due to be named by marine biologist, oceanographer and explorer Dr Sylvia Earle prior to sailing to South Georgia and the Falkland Islands.

Dr Earle will join a special Antarctic Climate Expedition in February 2023 during the ship’s maiden season.

An early booking discount up to 20% off Sylvia Earle voyages is being offered for reservations made up until June 30.

Like sister ship Greg Mortimer, Sylvia Earle has capacity for up to 140 passengers

Chief marketing officer Hayley Peacock-Gower said: “We are thrilled to confirm the inaugural season of the Sylvia Earle, and to be debuting her on such a magnificent voyage whose destinations are so representative of Aurora’s spirit of exploration, discovery and education.

“This highly anticipated vessel is intended to be a floating ambassador for the conservation of the planet, with a large focus on marine education and conservation in line with Dr Earle’s own longstanding efforts.

“We are so looking forward to having our adventurous expeditioners join us in exploring some of the world’s wildest, most awe-inspiring and important regions whilst paying tribute to such an incredible hero of our planet.”