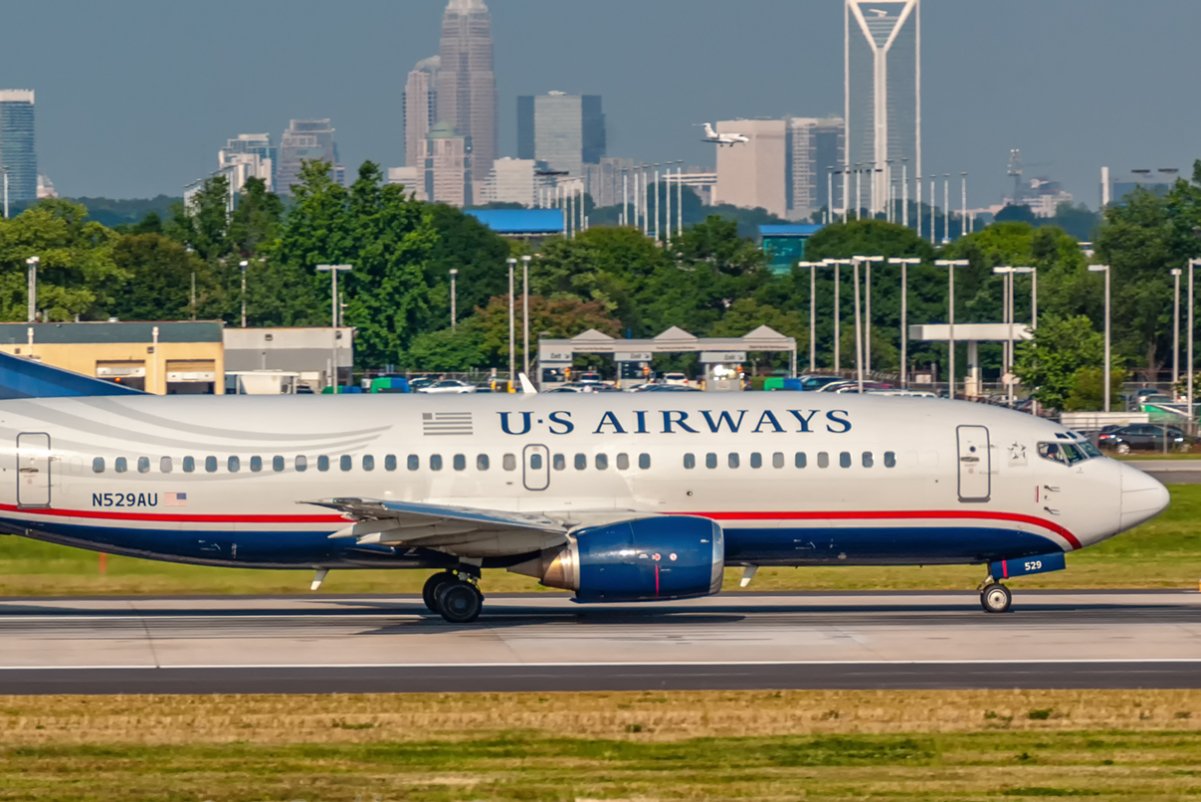 The long-running case revolved around practices that the leading U.S. provider of airline fare data to travel agents imposes on nearly all airlines. If the verdict stands, it doesn’t make Sabre change, well, anything. Except maybe a smaller tip for a barista.

Airlines huffed at global distribution services companies like Sabre Corp. for decades. They puffed about how excessive fees and anti-competitive terms imposed by businesses that provide flight schedules, fare discount information, and booking services to travel agents were costing them hundreds of millions of dollars in profits.

And on Thursday, a federal court jury in Manhattan blew their house down, awarding American Airlines $1 after an 11-year lawsuit against Sabre, whose dominance of the U.S. market for flight data used by travel agents has been one of the industry’s longest-running melodramas. A nominal victory for American, the result finds that Sabre’s practices didn’t cause American any financial harm.

The dispute was over practices Sabre used to force airlines to use its services, and prevent carriers from reaching out to travel agents and business travelers more directly. Bolstered by a 5-4 2018 Supreme Court decision that made it harder for antitrust plaintiffs to win, Sabre’s effective victory assures that competition and the industry’s recovery from Covid-19, rather than litigation, will be the primary near-term threat to Sabre’s position.

A U.S. District Court jury returned the verdict after a three-week trial. American inherited the case when it acquired US Airways in 2013. US Airways had sued Sabre in 2011, arguing that practices such as forcing the airline to make all of its fares bookable through Sabre and barring the airline from charging travel agents a separate fee to cover Sabre’s service had cost it nearly $300 million. In 2010, US Airways reported a profit of $502 million on sales of $11.9 billion.

US Airways officially won one of its two antitrust claims in the case. But the tiny damages award showed the jury didn’t believe the airline suffered any harm.

“We believe the jury’s … award of $1 is commensurate with the evidence presented,” Sabre said in a statement released by its public relations firm.

In its own statement, American focused on the hope that the verdict might force Sabre to change its ways.

“We expect this decision to discourage further misconduct by Sabre and bring needed competition to airline distribution,” the company said. “The jury found that Sabre is a monopolist that abused its power.”

The distribution services — including Texas-based Sabre, as well as Amadeus in Madrid and UK-headquartered Travelport — have survived years of efforts by tech-driven interlopers and online travel agencies to dislodge them. Their tactics included some of the actions US Airways has complained about in the lawsuit, threatening to cut off airlines from access to travel agencies who use global distribution systems if they move too aggressively on direct sales.

The big fight between airlines and distribution systems has been over the corporate travel market. Big corporate agencies like American Express Global Business Travel use the distribution services to show all major airlines, and all of their sale fares, in a single search. And because the distribution services usually require airlines to list every fare in their system to be included at all, the services are very valuable to corporations that may need to send people to little-used destinations or to get them there at unusual times.

Airlines have been able to work around the distribution services when selling tickets through their own websites. Those sites can offer special deals not available through Sabre and companies like it. Online travel agencies, which vie with supplier sites for control of the leisure travel market, still use the middlemen in part Sabre pays them to do so, and airlines stopped paying online agencies commissions more than a decade ago. Online agencies and airline websites mostly serve leisure travelers, while corporate travel agencies like American Express Global Business Travel have backed Sabre and other distribution companies.

American Express declined to comment on the lawsuit on Thursday.

Changes in the industry since the case was filed make the verdict less significant, said Seth Borko, senior analyst at Skift Research. Distribution service fees now take up less than 5 percent of the cost of the average airline ticket, and Sabre said in its first-quarter conference call with stock analysts that its average fee in the first quarter was $5.28 per ticket. Plus fewer tickets are sold through the distribution services as airline Web sites have grown in importance.

American had won a $15 million verdict in a 2016 trial of the case that was overturned on appeal. That case found that Sabre’s practices had caused $5 million in damages, which are tripled under antitrust law to deter misconduct. An appellate court threw out that verdict, ordering the trial court to have a new trial that applied new antitrust standards the U.S. Supreme Court announced in a 2018 case involving credit card fees.

In the new trial, American had to prove that Sabre’s practices harmed consumers, and that competition couldn’t be protected in some less restrictive way. In the case that went to the Supreme Court, evidence that credit card use kept rising despite American Express’ high merchant fees prevented plaintiffs from showing that Amex’s fees harmed consumers and merchants. With airline profitability having boomed and travel having grown steadily between 2011 and the onset of the Covid pandemic, that was a difficult case to make.

The result is similar to a $1 verdict in 1986 against the National Football League, which officially lost an antitrust suit brought by the upstart US Football League, whose New York franchise was owned by a brash real estate developer named Donald Trump. The USFL went out of business after the case, having failed to win any order changing the older league’s anti-competitive behavior.

UPDATED: This story was updated to include comments from Sabre and American Airlines.

See below a copy of the jury sheet.