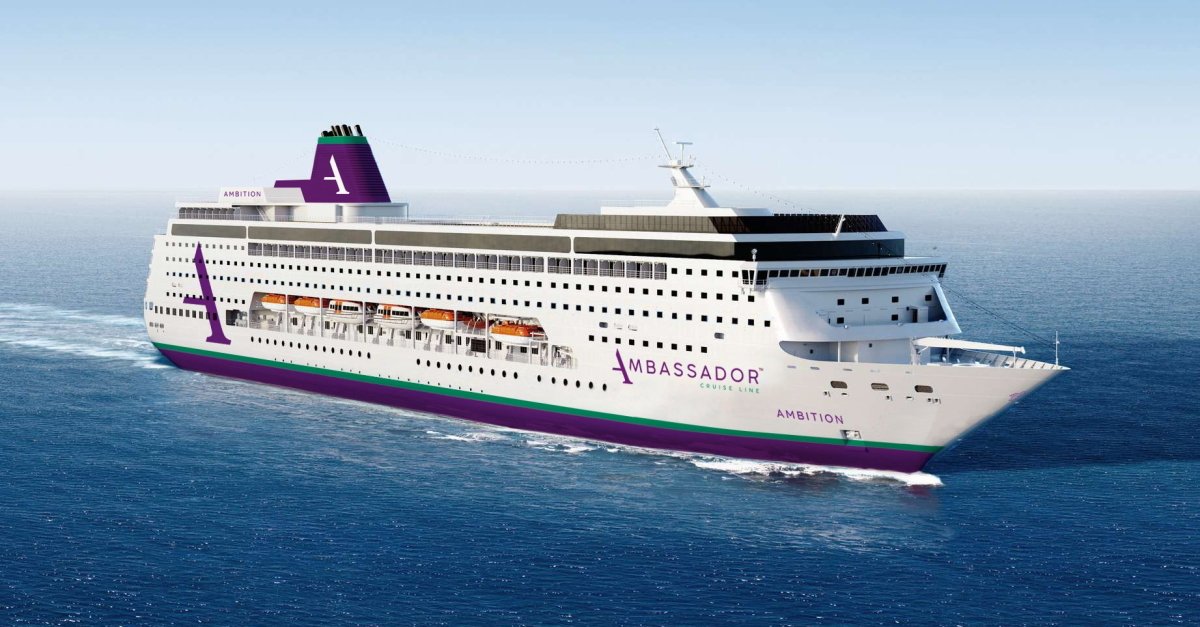 Ambassador Cruise Line’s second ship is to make its debut in March next year, as the line announces a programme of regional departures.

For 2023-2024, Ambition will depart from its home port of London Tilbury and from six regional UK ports: Newcastle, Dundee, Liverpool, Belfast, Bristol and Falmouth.

Its debut cruise will be the six-night roundtrip Nordic Voyage, departing London Tilbury on March 4, calling at Kristiansand, Copenhagen, Gothenburg, with prices from £569.

Out of Belfast there is a 13-night Iberian and North Africa Escape on August 20 from £1,119; out of Bristol, a 16-night Norway’s Land of the Northern Lights on November 10 from £1,389; and out of Falmouth a nine-night Maritime Cities & Scenic Waterways on October 16 from £739.

The news comes as the cruise line announces details of its full 2023-2024 programme – which also sees the line’s first ship Ambience return for a second season with new itineraries – and reveals it will now pay travel agency commission on the full Ambassador fare.

New sailings for Ambience, which will only offer sailings out of Tilbury for the second season, include a 120-night Grand Round the World cruise, its longest itinerary to date.

Departing on January 6, 2024, with prices from £9,229, the cruise will visit six continents and 24 countries with 34 ports of call. Sailing via the Azores and Caribbean, the cruise transits through the Panama Canal, and calls at islands of the South Seas, New Zealand, Australia, Indonesia, Singapore, Malaysia and Thailand.

It also includes Durban, Cape Town and Tristan de Cunha, the most remote inhabited archipelago in the world, as well as Brazil, Cape Verde, Casablanca and Lisbon.

In total for 2023-2024 the two ships will sail to six continents and 58 countries, calling at 165 ports. The programme includes a number of themed cruises and a selection of multi-generational sailings.

Announcing details of the British line’s second season, chief executive Christian Verhounig said: “We are extremely excited to be able to offer our trade partners very attractive launch offers, a range of new and exciting itineraries as part our 2023-2024 programme, and launch our second ship Ambition’s inaugural season.

“And for our valued trade partners, I’m delighted to announce commission is now payable on the entire Ambassador fare.”

He urged agents to encourage clients to upgrade to Ambassador fares which include its Expedition drinks package in order to earn extra commission.