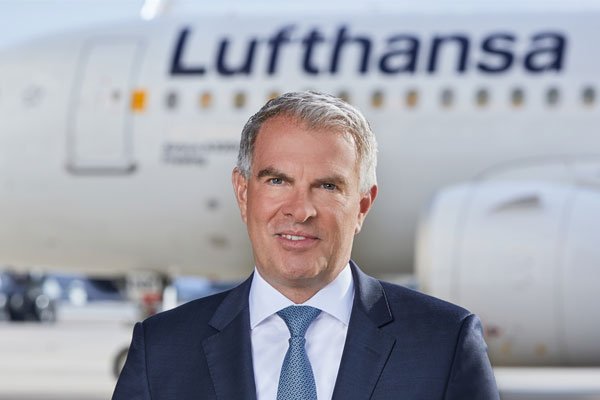 European airline chiefs have demanded urgent action from policymakers to aid aviation’s recovery and decarbonisation amid “back-to-back crises” for the sector.

They demanded the lifting of remaining Covid-19 restrictions and contingency plans for dealing with future variants of concern, noting aviation “remains one of the worst hit sectors” by the pandemic.

Speaking in Brussels at the A4E Aviation Summit, Reynaert argued: “The EU must develop contingency plans for dealing with Covid in future.

“Member states have to harmonise the validity of the Digital Covid Certificate and treatment of children. Member states must recognise the WHO list of recognised vaccines.

“And any mandate to wear face masks should be lifted as soon as masks are not needed on all forms of transport and harmonised across Europe.”

They pointed out a Single European Sky was first proposed in 1999 and remains the subject of negotiations between the European Council, European Parliament and European Commission.

The airline chiefs stressed the need for worldwide action on climate including a global carbon price for aviation to stimulate development of low carbon technology and urged the use of EU emissions trading scheme (ETS) allowances to support sustainable aviation fuels (SAFs).

They warned that without “mitigation measures”, the EU’s future energy and climate policies “will erode European airlines’ competitiveness”.

Spohr said: “Europe can become a global leader in decarbonising aviation but achieving net-zero emissions by 2050 should not erode the competitiveness of European airlines nor lead to carbon leakage.

“Policies must be designed to avoid distorting competition within the single aviation market as well as between European and non-European airlines.”

The airline chiefs also called for “long overdue” reform of EU regulation 261 on air passenger rights, pointing out the cost of European carriers’ compliance with EU261 increased from €1.6 billion in 2011 to €5.3 billion in 2018.

Reynaert called on the incoming Czech EU Council President, who takes over in July, to prioritise the airlines’ concerns.

He said: “Given the multiple crises European carriers are facing a thorough re-evaluation of the aviation regulatory landscape has become an absolute necessity.”

Reynaert added: “We need to draw on the lessons learned from two years of pandemic. Travel restrictions have been proven ineffective and should be abandoned. Only then can we restore passenger confidence and begin our path towards recovery.”